I just want to create

As a child, I thought I’d grow up to be an artist, and I studied toward that goal for many years. But even when I became an art major in college, I still couldn’t decide what medium I wanted as a specialty. Would I work with paint, clay or marble?

Then I realized writing may be another option. Words can be like paint on a canvas. While I still have a strong interest in art, I ended up majoring in journalism, with a creative writing minor. And after graduation I took night and weekend classes in web design.

Henderson Media is really a compilation of all of these creative interests.

I meet with nonprofit leaders and business owners, learning about their goals and struggles, and developing strategies to solve problems.

For most clients, this starts with a new website and then snowballs into a logo, photography, video production, content creation, social media posts, and other efforts to improve public-facing messaging.

Additionally, with years of journalism experience, hundreds of articles published, and thousands of interviews conducted, I can provide public relations and media-interview training with insider insight.

I’m not just looking for work to support my family, I’m searching for exciting opportunities to be creative, solve problems, and leave things better than I found them.

Hundreds of articles published & thousands of interviews conducted: Springfield Business Journal, The Mirror (by The Diocese of Springfield-Cape Girardeau), South County Mail, and The Standard.

One of the first things an aspiring business owner needs is a brand name that communicates the concept in a clear and memorable manner. A brand logo is simply a visual expression of that communication effort.

An example of the creative process involved in designing a logo for a startup is described below.

The client and I had several conversations, by text messaging, phone calls, and email. To express his expectations, he presented several logos from similar businesses across the country. This helped set the tone and style for the new design.

I developed a series of “rough draft” concepts and emailed them to the client with descriptive notes.

The initial designs were all black with a basic font, to allow the viewer to focus on the overall shape and not get distracted by color or font details. But I did include one color version (even though the company didn’t have a color pallet yet), so the client could image how color might be used if desired.

I also included an array of fonts, to gauge his feelings about typography. He responded with feedback that helped further hone the direction of the design.

After further discussion with the client, I narrowed the concept to two variations of one design. With the client’s permission, I placed the two images on several social-media outlets and asked people to vote on their favorite design. One design received considerably more votes, but people also left insightful comments that added in the final draft.

The final version of the logo benefited from the entire design process.

As always, I delivered multiple versions of the design, to meet different needs. The square version is the main logo, on social media and signage. The alternate, horizontal version is for situations with limited height and an abundance of width, like banner ads or bumper stickers.

Black, grey, and white versions allow logo placement on any background. For example, a dark-colored logo would be hard to see on a black t-shirt, so in that situation, the grey or white versions would be used instead.

A metalic-looking version adds drama to the image and sets a cultural tone.

Do you need a custom logo? 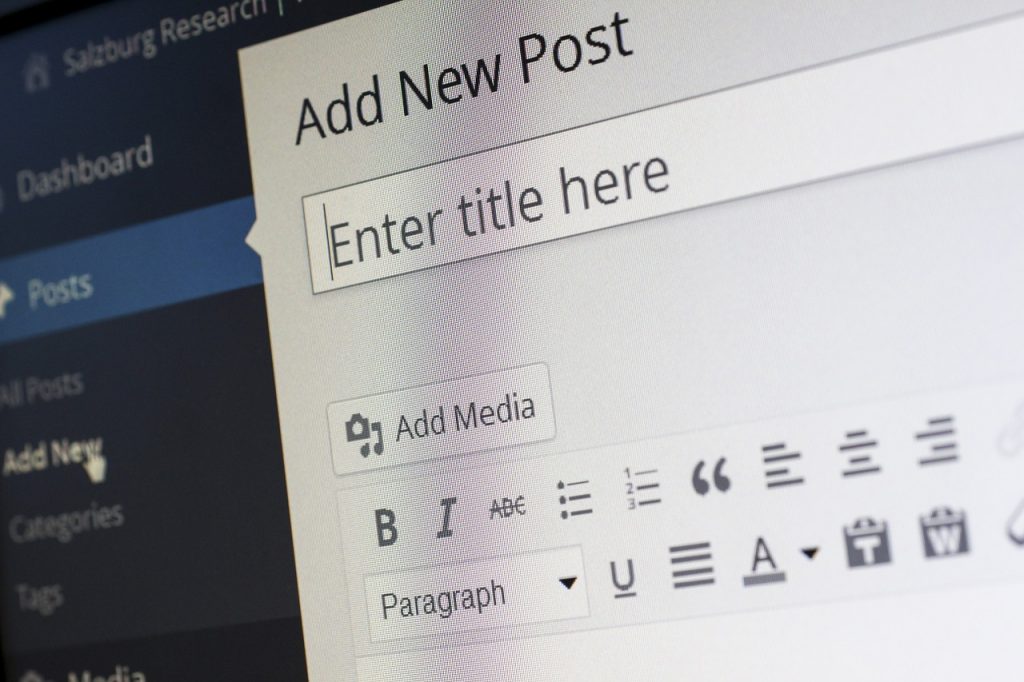 Businesses and other organizations publish lots of written content: social media posts, blogs, newsletters, brochures, and press releases. But writing this content in-house can be difficult for five reasons.

As an outside writing consultant, I can bring talent, experience, dedication, and fresh eyes to write and/or revise your public-facing content.

Hundreds and hundreds of articles published

These articles have covered a wide range of topics, including government, religion, business, lawsuits, personal profiles, and entertainment. I’ve interviewed many business owners, industry experts, musicians, lawyers, politicians, and even the governor. Additionally, I’ve conducted many research studies and poured through lengthy documents searching for the information needed.

I can bring this experience to your organization

It’s okay that I don’t currently understand your industry. That’s been the case with almost every writing project I’ve worked on so far. I come into the project with no background knowledge, I study the information, and then I write an easy-to-read and educational piece on the subject matter. As a marketing consultant and as a journalist, I have the responsibility of explaining complicated subject matters to the public of which I have no prior knowledge. And really, that’s often the way it works best. When an outsider writes the article,  he or she asks questions the outside readers need answered.

So instead of struggling to complete content writing in-house, or possibly publishing poor-quality material, let me bring professionalism to the project.

A little-known Bible store in the Bible Belt? That sounds like a problem I can solve.

This local shop – which sells thousands of books, statues, gifts, and apparel items – has been around for decades, but many people still aren’t aware of it.

After several discussions with the business owner, I decided the main goal of the new website would be driving foot traffic into the brick-and-mortar store.

I wanted web visitors to imagine themselves walking into the actual store. So I made a header video featuring the exterior of the building (with a logo I designed) as well as an overview of the wide selection of products. I also provided all of the corporate photography and product photography, including the apparel.

Along with a new website, came rebranding and restructuring of product categories

Scrolling down the page, I wrote descriptions of each department. To accomplish clarity, I condensed and renamed many of the product categories the store had previously used. With fewer categories and simpler names, customers can quickly find what they are looking for. Additionally, I considered search-engine optimization when naming the categories.

The new WordPress site uses the WooCommerce online shopping cart plugin. The store owner can easily add products to the online database, and then transition static product pages to an online catalog. Over time, more and more products will be added.

This is part of ongoing efforts to adjust marketing strategies and help more people become aware of this great local business.

This simple and effective website design replaced an older site for a well-established electrical engineering office in Springfield MO.

The technology used in website design has changed so much in the last 10 years. Most small businesses are still using websites built before browsing online with smartphones and tablets became popular. Using a website with outdated technology could greatly affect a customer’s ability to reach a business. Additionally, outdated photos, navigation styles, and other visual aspects can make a business seem out of touch or even sketchy. In fact, a website should be replaced or at least substantially updated every three to five years.

The old site separated company info onto many pages, each with only one paragraph or even one sentence of text. That type of layout can be frustrating to users, who spend excessive time clicking around looking for the info they need. For the new site, all of the text was condensed and rewritten. The navigation was simplified and users were steered toward action items such as the contact form.

Jeffrey Sweet Photography provided many of the photos.
Hosting & support by Wehrenberg Design Company (Thanks!)

And a big thanks to Matt Bedinghaus and his team for welcoming us into their space and trusting us with this redesign.

If your organization needs a facelift, contact Henderson Media.

The team at Mighty Sharp designed this really “sharp” web site layout in Photoshop. At the time, they were a little short handed. So they brought me in to do about 90% of the browser development, including HTML, CSS, JQuery plugins and other animations.

The result of this collaboration was a modern, mobile friendly website. Mighty Sharp designed a sitemap and page content with concise information. They also made a logo and color scheme that was appealing. Users can quickly find the information they need. One thing that is really effective is the repeated “call to action,” including contact info and contact buttons.

This was a challenging and fun project, and I’m glad to have been a (temporary) part of the talented team.

This engineering office and manufacturing plant still used classic ASP code, which is similar to PHP code but older. This seriously limited design options and forced creativity. But a great marketing product was the result.

The navigation was simplified and product searches became faster and easier. Potential customers were able to browse more than 100 products, as well as photos, specifications, and instruction manuals.

Additionally, this site includes registration and login pages that are part of a customer relations management system. The sales force can monitor traffic, based on regions and follow up with clients.

While working with Loren Cook Company, I also designed their product catalogs, manuals, flyers, and signage. I also worked on their mobile app.

Thanks to Jeffery Sweet for the factory photography.

When working on a marketing project for a small business and asking for the company logo, it’s pretty common to hear:
“We don’t have one.”
or
“The person who designed it doesn’t work here anymore.”
or
“Could you just scan it off my business card?”

That was the case with DeSales Catholic Bookstore. They had a logo on their business cards and flyers. But it was just the name of the company typed out, with a fuzzy graphic next to it.

While making their website and taking corporate photography, I designed a new logo. And with every logo I make, I made sure it would work on business cards, shirts, letter head, and signage. I also thought about different materials or backgrounds it could be placed on. For example, a logo has to have certain features to look nice when embroidered. And what if it’s on a dark or transparent background? What about wide or narrow spaces? All of these things should be considered when designing a logo that can be used for decades.

If your business needs a professional logo, contact Henderson Media.

Author and filmmaker Dinesh D’Souza spoke to a sold-out crowd at the Vitae Foundation charity banquet in Springfield, MO.

I was pleased to take all of the photos at the meet-and-greet as well as during the presentations.

Henderson Media does a select number of event photography gigs. Contact me today.

How do you get great photos of your products? Sometimes it’s best to shoot them yourself.

This local store struggled to get product images from its vendors. So the owner gathered several young adults to model its line of school uniforms and t-shirts. I brought over photography gear and lighting. In one afternoon, we captured high-quality photos of these products.

I also designed the website and logo during this process.